MYBLUEPLANET’s new ClimateActions app was launched recently. It promises to reduce one’s ecological footprint with challenges, games and fun. But is it really that simple?

Even before the launch on September 20, we tested the ClimateActions app, searched for bugs, prepared events and promotions, but I never tried the app in practice. Meanwhile that has changed. For this article I used the app for a little more than a week and familiarized myself with its functions.

My first impression: The app is pleasantly simple and logically structured around its main component, the “Challenges”. These are divided into four categories (Nutrition, Consumption, Mobility, and Living). In order to try out as many different items as possible, I selected five challenges – at least one from each category:

First of all, I’m a student, still living at mom’s place and generally have little time. Therefore, I have adapted the selected challenges to my situation. So I have decided to choose vegan food for all meals where I “decide for myself” what to put on my plate. Meaning: breakfast, lunch, rarely dinner and everything in between. I decided to do this challenge week on short notice. Lots of preparing? Nope.

I quickly noticed that the challenges have to be mastered in two different ways: There are those for which you lay the groundwork once – and then more or less unconsciously initiate the change, and those where you are repeatedly “put to the test”.
While recycling simply involves a few more bin bags and familiarizing myself to the new system, all electronic devices can be connected to a power outlet that can be switched on/off via a power strip to save electricity. From then on, only the electricity needs to be switched off as soon as one leaves the room. This costs me – generously calculated – ten minutes!

The question then becomes: “Why didn’t I do this before?” The app makes me finally tackle small changes that can make a big difference.

Switching to a bicycle in the “Mobility” section works just as easily for me, since I can’t drive a car anyway and don’t want to squander my limited financial resources at the bus stop, if possible. 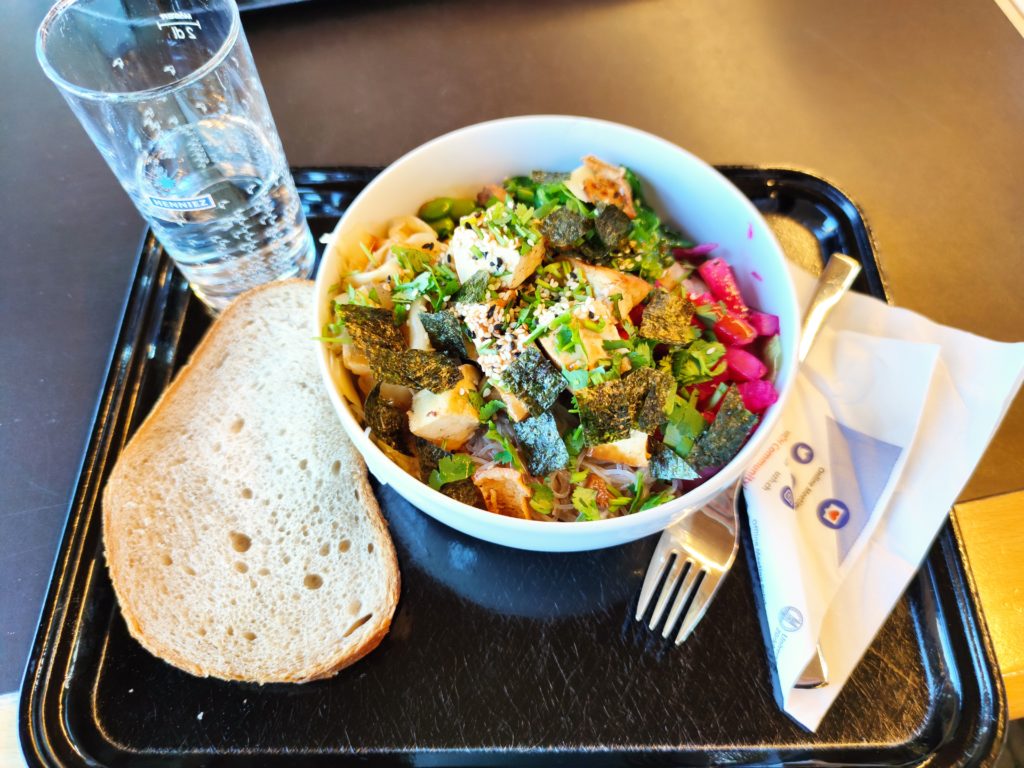 The first two challenges are the most interesting to me. Those where it’s not enough to change my habits just once.
I’ve been a strong supporter of the “carbonated water only” club for years and didn’t really intend to change that. But after a week I realized that non-carbonated water is not as bad as I expected. To be honest, after unconsciously drinking tap water for a few days, one forgets what one is drinking. Thus, the challenge quickly becomes a habit, which I’d like to keep for financial and convenience reasons.

As already explained, I started the whole thing without much preparation. Meaning, from one day to the next I went to the cafeteria, the Migros or to the kebab stand as a flexitarian, expecting to eat something vegan. Of course I didn’t think about whether there was anything vegan on offer at all.

Now the big question is: “Are there really vegan options everywhere today?”

Yes, there actually are, albeit in a limited assortment. At Migros there was exactly one vegan roll and at the kebab stand the falafel was suggested. Nevertheless, there is a large selection of vegan sandwiches, salads or warm dishes at the university. You quickly notice that vegan food is not only (often) healthy and increasingly popular, but also delicious.

The vegan diet offers another big advantage: The consumption of sweets is reduced almost automatically, because a large quantity of chocolate products, gummy bears and cakes contain animal products such as milk powder, honey, gelatin or egg yolk.

So is everything about the experiment with vegetarianism challenge positive? Almost. Making a vegan breakfast is difficult for me. I like porridge, muesli, yogurt, toast with butter, pancakes and croissants far too much. That’s why I decided to continue eating vegan meals for the most part post challenge week, except at breakfast and certain other times. 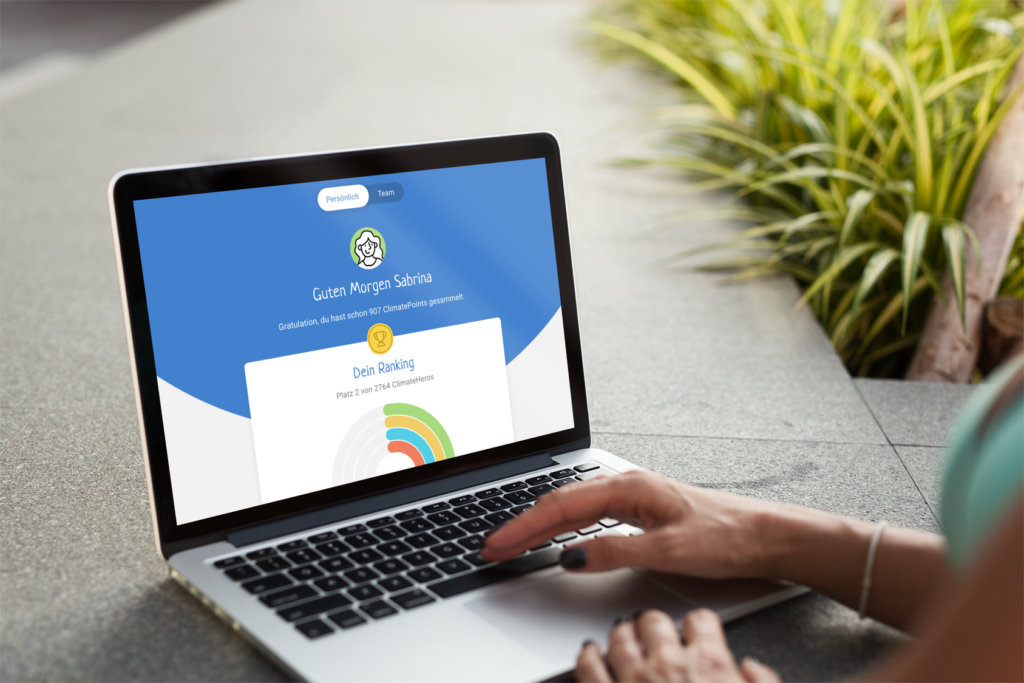 Regardless the challenge one partakes in, the ClimateActions app offers an opportunity to break old habits and try something new – along with the prospect of earning climate points with every successfully completed challenge and rising in ranking with other players*.

Thanks to the playful and nonobligatory window into new habits and perspectives, I have gotten a grasp on the advantages and disadvantages of climate-friendly decisions in day-to-day life. One can then draw one’s own conclusions from these challenges, which usually last about a week. Either I have experienced a challenge in a positive way and would like to continue with the matter (as with vegan food and tap water) or thanks to the challenge I know that this habit is not for me (doesn’t pertain to me). At best, as in my case with energy saving and recycling, I’ve realized that change can be very easy, that it takes hardly any time, and that I can save money.

So the ClimateActions app not only helps one reduce their own CO2 emissions, but also to discover new habits, perspectives and ideas. By the way, you can also form teams and participate in the challenges with your family, friends or club. It’s even more fun together!