If you consciously reduce your meat consumption or manage to give up meat and fish entirely, you can significantly reduce your ecological footprint. If you want to enjoy a climate-friendly diet, then opt to eat vegan more often.

Eating meat twice a day causes more than two times the CO2 emissions than a vegan diet does, according to a 2015 study by Jungbluth. Those who are vegetarian or flexitarian – consuming 300 g meat per week – are responsible for potentially huge savings compared to a meat-heavy dieter’s. A vegan lifestyle can save a further 250 kg CO2-eq * per year in contrast to a vegetarian one. The difference is equivalent to travelling around the world by train nearly three times. 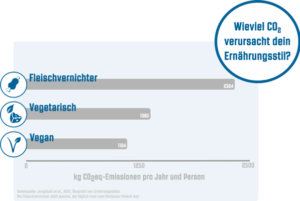 Being vegan is easy, too. There are a multitude of vegan dishes or those that can be effortlessly adjusted accordingly. A “normal” cake with sunflower oil instead of butter, a banana or pickled linseed instead of eggs, and soy instead of cow’s milk can easily be transformed into a vegan cake. Don’t forget an all-round ecological and vegan diet excludes climate sinners such as avocados or quinoa from South America. Enough regional alternatives exist. And finally, a vegan diet also simplifies the purchase of regional products. Because anyone who buys tofu knows where the soybeans come from – in the best case, of course, from Switzerland or neighboring countries. Soy is also in milk and meat. But in this case you don’t know where the soybeans for the concentrated feed were grown. And according to the Schweizer Bauer, more than 60% of the required concentrate was imported in 2015.

Further information and tips on the topic of vegan nutrition can be found on the website SwissVeg or if you like to read in the detailed book format by Niko Rittenau (“Vegan-Klischee ade! /  Goodbye vegan cliché!”)

* CO2 equivalents: In addition to CO2, there are other gases that contribute to the greenhouse effect. However, these differ from CO2 in the length of stay in the atmosphere and its effect on the climate. In order to simplify the comparison of different greenhouse gases, their emissions can be converted into CO2 equivalents. For example, 1 kg of methane has the same impact on the climate as 25 kg of CO2 (IPCC, 2014). Therefore, 1 kg of methane corresponds to 25 kg of CO2 equivalents. 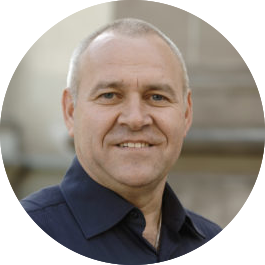 Waste Not, Want Not

Direct from the Faucet 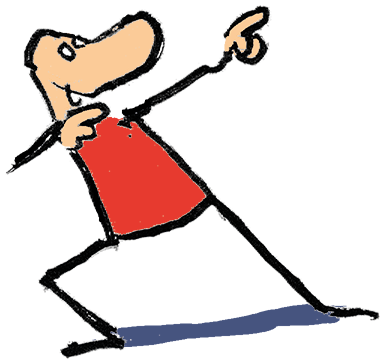